skip to main | skip to sidebar

Describing a Person or Place

/ Comments: (0)
Descriptive writing has always been a headache for me. Most L2 learners, and even some native speakers, just don’t have a firm enough grasp of English to handle the sensory descriptions, so they avoid descriptive writing exercises, and if they have to do it, resort to piling adjectives on top of one another.

Let’s start by looking at this:

I have a coworker. Her name is Linda. She has three dogs, and takes them to dog shows very often. During work breaks we would get together and talk about her three dogs and my boyfriend.

The more I get to know her, the more I realize she has low self-esteem. For one thing, she thinks she is over-weighted, and her troublesome relationship with her boyfriends seemed to confirm that fact for her.

At first, I did not know why she never talked much about her family. But as I got to know her, I realized they were never there for her. Her lousy dad left her shortly after she was born, and her depressed mom was always drinking. Perhaps that is why she has so much trouble with personal relationship.

A month ago, she broken up again with her ninth boy friend, and a stable long-term relationship is not very likely for her. What a shame. She told me she would find someone who would accept her dogs as part of her. I certainly hope she will find that special someone one day.

The problems with this piece: The narrator spends too much time telling us what Linda is like, but readers would rather see for themselves. Besides, the piece moves at one pace and seldom dwells on details readers like to know about.

These are just a few things I’ve found that really help:

You need to give a vivid portrayal of whatever you are describing.

If you are describing a person:

1. Tell your readers how the person looks. List the person’s physical features and describe them.
2. Describe the person’s actions.
3. Provide dialogues. Let the person speak for herself.
4. Give an anecdote or incidents that helps illustrate that person’s character.
5. Give a hint of what the narrator feels about the person.

If you are describing a place, tell us how it looks, sounds, feels, and smells, and what it means to you. Decide whether you will be looking at the place from 1) a stationary vantage point, 2) a moving viewpoint or 3) a combination of both.

This is a rewrite of the original. Note the use of dialogues and anecdotes throughout:

“Look at MY kids! He won Best in Show and she won Best of Breed…this is in the local AFC show…” Linda went on and on, flashing (a stronger action verb instead of a more generic “show”) photo after photo of her victorious poodles before my eyes.

I keep no dogs, but have a boyfriend and a cat to look after. During our work breaks, I walk to her cubicle so we can brag about our “kids”. Her 12-by-14 cubicle is right at the far corner on the top floor, with pictures of her dogs all lined up on her shelf, next to her Bible. Numerous dog show certificates on the cubical walls. No sign of any family photos. (Readers may wonder why there are no family photos.)

Whenever I visit her, Linda has a stack of photos in one hand and a K9 Magazine in the other. She smiles, shakes her little finger at me and says, "Hey Jules!" (Jules is also the name of one of her dogs.) We get the routine down pat -- five minutes on poodle coat care (one of her poodles has corded coat), another five on the politics of dog shows, and a minute or two on my cat -- and she shoves the pictures to me to look at in my own time.

Our daily chat, other than pet anecdotes, consists of not much more than tireless streams of grievances ---more from her than me. She could not have lavished more adjectives on canine beauty than on her frustrations of life. “My idiot boyfriend left me again.” “All these stupid people think I’m stuck with losers.” “My boss promoted a tall skinny blonde over me.” "I’m too fat to get a husband.”

When I first heard the last complaint, I took a good look at her – short, plump, black curly hair, hazel eyes, and really rosy cheeks. She looked almost pretty in loose clothing. (Physical description of Linda) I told her I would rather be a little bigger myself, skinny as I am. But she said I was closer to the norm, and since her parents passed her such fat genes, she elected not to contribute to the gene pool. She would breed dogs instead. (Note that the narrator chooses to paraphrase the dialogue here.)

I lost no time in pursuing her about her family. Reluctant at first, she told me her story bit by bit -- her father left her mother for a teenage girl soon after she was born, and her mother has been drinking herself nearly to death ever since. Linda ended up spending a great deal of time with her grandmother, who is now in a nursing home, diagnosed with pancreatic cancer. (Linda’s background)

As if to convince herself not to get involved in another relationship, she incessantly reminds herself of the frailties of men: they are scoundrels, scumbags, losers, craving only youth and beauty, even if they have neither. All reminders are lost, however, when she runs into an attractive guy. Just last month, I overheard her saying, “I went by the drugstore yesterday to pick up some drugs, and they had a new pharmacist. Now talk about cute, and no ring on the finger!” I could not help smiling.

Her poodles seem to be a constant source of dispute between her and her men. In fact, her ninth boyfriend just left her because of the animals. “He said it’s either him or them. But how can I part with my dogs?” She blotted away her tears with two balls of tissue paper. “You know what, if I am ever going to marry, I’ll make sure my husband loves my dogs as Jesus loves his church. I’ll think about whether to obey him later.”

I walked away from her cubicle almost exhilarated about having a man and a cat as stable companions. (The narrator feels lucky when comparing herself with Linda)

This is from “El Hoyo”, by Mario Suarez:

“From the center of downtown Tucson the ground slopes gently away to Main Street, drops a few feet, and then rolls to the banks of the Santa Cruz River. Here lies the section of the city known as El Hoyo. (A moving point of view) Why it is called El Hoyo is not very clear. In no sense is it a hole as its name would imply; it is simply a river's immediate valley. Its inhabitants are chicanos who raise hell on Saturday night and listen to Padre Estanislao on Sunday morning. (How the place sounds to the narrator)While the term chicano is the short way of saying Mexicano, it is not restricted to the paisanos who came from old Mexican with the territory or the last famine to work for the railroad, labor, sing, and go on relief. Chicano is the easy way of referring to everybody. Pablo Gutierrez married the Chinese grocer's daughter and now runs a meat department; (Action) his sons are chicanos. So are the sons of Killer Jones who threw a fight in Harlem and fled to El Hoyo to marry Cristina Mendez (action). And so are all of them.”

And this is a descriptive piece from one of our forum gurus, written from a stationary vantage point. Note the action verbs that paint a vivid picture of the view (from Thread Topic "Merry Christmas! What can you see from your window?"):

This morning I see the miniature maple just outside the window, drenched from last night's rain. Only about a dozen wet, dead leaves remain, hanging by a thread, twisting and turning in the cool breeze. It's hard to say whether they're bored waiting for the inevitable, or whether they are actively attempting suicide. (Personification)

The furnace has started up. It's chilly today.

Absent mindedly slurping morning coffee, I see the well-kept homes and well-manicured lawns of my neighbors. I see the wet streets and the little puddles strewn with dead leaves and reflecting the sky, just like in the Escher print (Here, the narrator compares the view to the Escher print). The magnolia is still green, though, and the hedges of juniper and rosemary. I see our residential street disappear as it rounds the bend and heads toward the bigger streets in town, looking for action, I suppose.

It's already nine o'clock, but not a sign of life in sight - except for the motor home parked in front of a distant neighbor's home. Holiday visitors, I assume.

Stillness. A light misty rain begins to fall. Aha! And now there's the cat, in a distinctly sulky mood as he moves slowly across the driveway. Silently cursing the wet weather, he seems resigned to the prospect of a bad hunting day. I sometimes say "my" cat because I feed him now and then, but he belongs to someone else in the neighborhood - someone I've never met.

An enormous black crow swoops onto a neighbor's lawn to investigate anything that might be of interest, particularly anything edible. Designed more for flight, he struts awkwardly, but for all his awkwardness he manages to make himself look bossy all the same. Thirty seconds inspecting the grass and he's off. Not even a quick squawk to break the silence (Finally a sound!), so unimpressed is he by the slim pickings.

The blue-gray clouds seem to thin and the sunlight seems to intensify - nature on a dimmer switch. A few tiny insects rise through the growing light, paddling frantically through the air on even tinier wings, as if divers desperate to reach the surface for a breath of air.

And then it happens. The switch is turned all the way up, and the sun blasts through the mist in one glorious, blinding shaft of light, reflecting in all directions off the pools of standing water. The atmosphere itself seems to glow.

And then, slowly, the process reverses, and the dimness returns.

I wonder where we'll all be next year at this time. 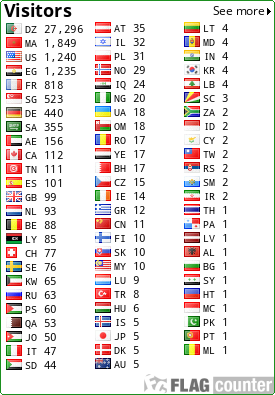